Why I got another tattoo!

I was actually fully in love at the time.

He had style and charisma, his name was Robbie. Unfortunately my feelings were not reciprocated, in fact he didn’t even know who I was. Probably due to his busy career in the music world.

Robbie had tattoos, loads on his upper arm. I thought it would be a great idea to get some Chinese writing on my upper arm. I decided on the symbols women and lucky.

A few months later, a friend asked someone who read Chinese what my tattoo meant. It didn’t mean lucky. One part was women but the other symbol was courage. I was then known by many in the town I grew up in as Courage.

Others who saw it said it looked like a turtle, a plane and a square.

What everyone was in agreement about was that it was shit! 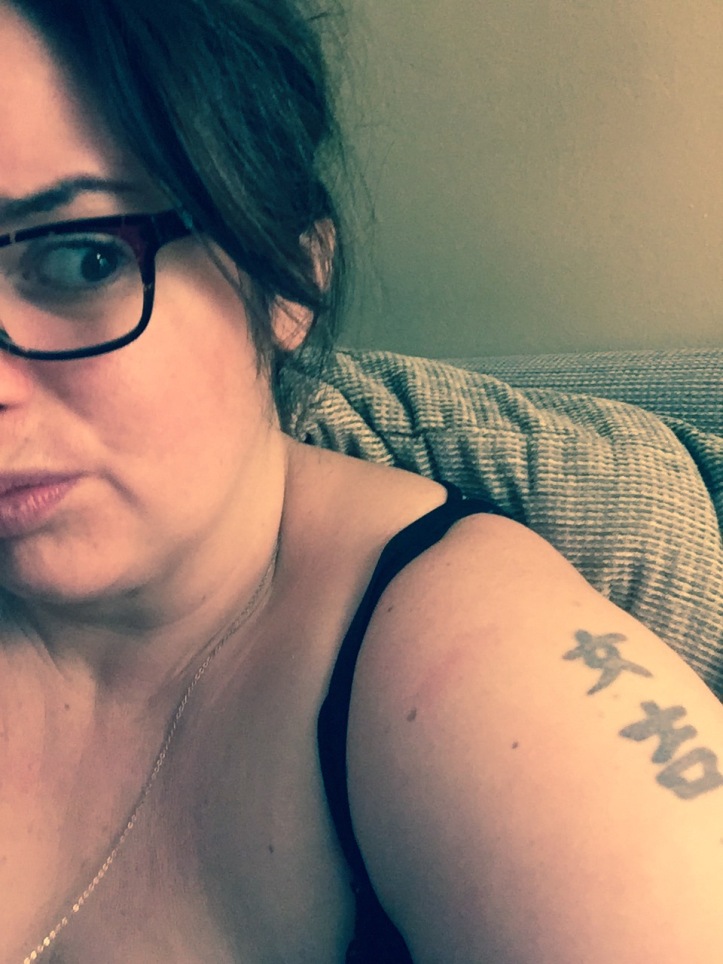 At this point I’d like to advise any teenagers or young adults who are in love, not to get a replica tattoo. Learn by my mistakes. I thought it might bring me closer to Robbie. But alas it did not.

So you’d think that I’d be put of tattoos for life. Absolutely not! But I promised myself the next time I got one it would have meaning.

My brother and I have just reunited with our sister. We haven’t seen each other in 35 years. But as soon as we met we clicked, we have crazy similarities and it’s just an absolute joy to be in her company.

We decided that we should have a weekend together without the kids to have some bonding time! We chose Manchester and then we thought it would be a good idea to get sibling tattoos!

And I love this one, we each have three triangles and one of the triangles is filled in depending on age. 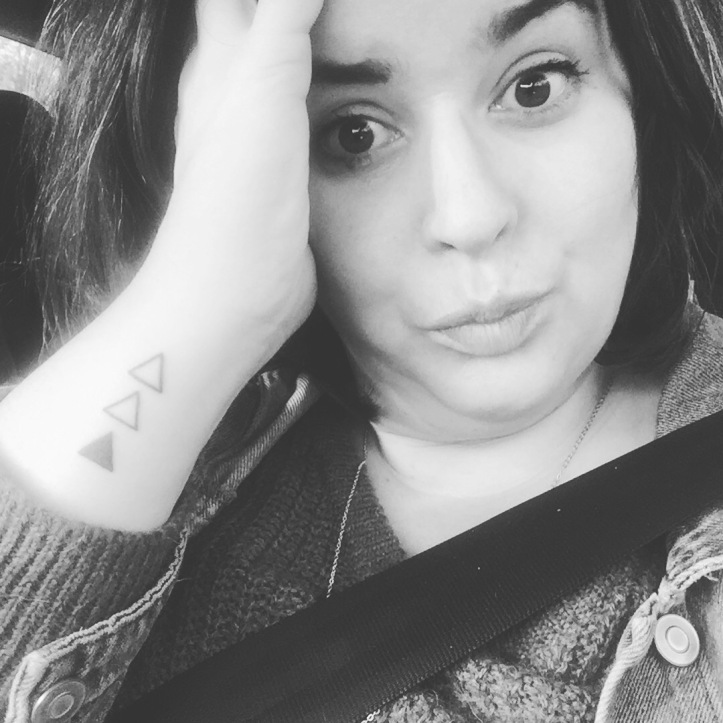 I have zero decision making skills when it comes to tattoo’s and food! I wanted it on my finger but the tattooist said it wouldn’t heal well. So then I opted for my wrist. My brother got his on his wrist and my sister on her foot.

While we were in the tattoo parlour (ha ha is that what they are called?!?) three girls came in, and when they said what they wanted the guy went and got our design. They were best friends and were having the same tattoo!

What are the chances of that?!?

It was my brothers first tattoo and on leaving the erm parlour, he said that he felt “a bit more sexier and had a bit of an edge now!”

We then proceeded through the streets of Manchester, going on a bar crawl and a search for Bupanthen! We didn’t find Bupanthen but we did have fun and told whoever would listen how we came to have our matching tattoos.